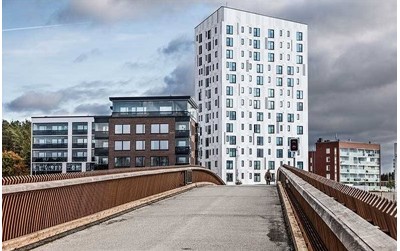 Rising close to 50 metres, Lighthouse Joensuu building in Eastern Finland, has been granted the 'Puupalkinto' Wood Award 2019 for pioneering work to develop the construction of wooden high-rise buildings. Stora Enso supplied the massive wood elements for the building, which also won the Finnish Association of Civil Engineers' RIL Award.

"I am thrilled to see that this exceptionally demanding and pioneering wood construction project has received recognition. Lighthouse Joensuu is a fine Finnish example of how massive wood products can be used to build tall, impressive and sustainable buildings," says Antto Kauhanen, Stora Enso Wood Products division's Business Development Manager.

The life cycle emissions of the Lighthouse Joensuu high-rise building and the carbon stored in it were studied using the European Commission's Level(s) reporting framework. According to the results, the goal of net-zero carbon dioxide emissions during construction can be reached almost fully when wood is chosen as the construction material.

The high-rise building that accommodates 117 student apartments has been built using both laminated veneer lumber (LVL) and cross-laminated timber (CLT) panels. The building was completed on schedule. It took less than two weeks to build one floor from massive wood elements. More than 2 000 m3 of massive wood products were supplied to Lighthouse Joensuu. The amount of carbon sequestrated by them equals the annual carbon dioxide emissions of around 700 passenger cars.

The 'Puupalkinto' Wood Award 2019 was distributed on 28 November 2019 in connection with the Puupäivät event in Helsinki, Finland. The annual award is granted by Puuinfo. The wooden high-rise building also received the Finnish Association of Civil Engineers' RIL Award, which was distributed by Juha Sipilä at the House of the Estates at an event organised on 21 November 2019.

The building is developed by Joensuun Opiskelija-asunnot Oy Joensuun Elli, the architectural designer is Arcadia Oy, the structural designer is Joensuun Juva Oy/A-Insinöörit and the contractor is Rakennustoimisto Eero Reijonen. The timber parts were machined by Timberpoint Oy and the Karelia University of Applied Sciences was responsible for wooden high-rise research and development. 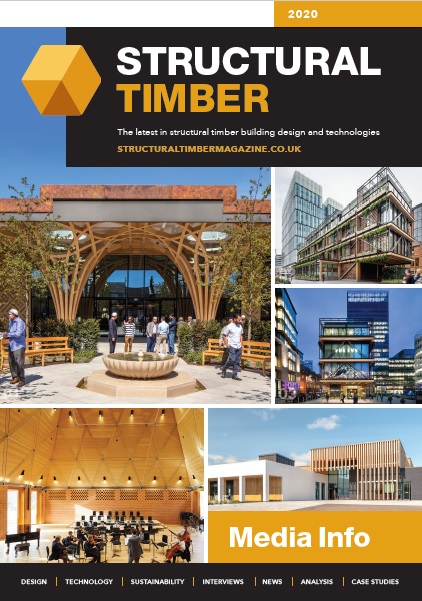